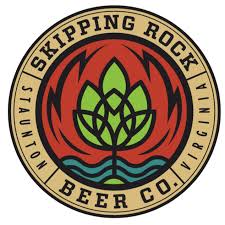 I Love CVille TRUTH BOMB NO. 1: Skipping Rock Beer Co., a brewery and taproom located one mile west of Staunton, will take over the Hardywood Park Craft Brewery lease on West Main Street, as first reported on iLoveCVille.com.

Skipping Rock is crushing it in Augusta County and is now looking to penetrate the Charlottesville market with an intimate taproom to grow its following and build its brand on this side of the mountain.

I’ve heard through sources that the rent at the West Main location is $10,000 per month. That’s a hellUVA lot of pints to push. I hope Skipping Rock learns from Hardywood’s struggles:

1. You cannot rely on University of Virginia students as a primary customer base.
2. You cannot rely on the tenants in the apartment building above the brewery as a customer base.
3. You must figure out a solution to the parking issues in Midtown CVille. Yes, customers still want to drive to places to spend their disposable income.
4. You must have food on-site so customers can consume more than one or two high octane beers. Skipping Rock has a dedicated food truck at its Augusta County location, so I’m sure they understand the need for “food absorbers” when pounding high ABV beers. 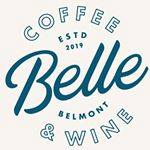 I Love CVille TRUTH BOMB NO. 2: Brothers John Shanesy and Scott Shanesy, two badass chefs and bakers, are teaming with prolific restauranteur Andy McClure as the new co-owners of Belle in Belmont.

John is a well-traveled chef who previously served as the executive chef as Commonwealth Restaurant & Skybar and The Whiskey Jar and worked under Brian Helleberg at Petit Pois Restaurant. Scott earned his stripes at Sullivan St Bakery in Manhattan and She Wolf Bakery in Brooklyn, New York.

Rick Cato, the sous chef at Commonwealth, will also join the Shanesy brothers at Belle. Andy is the owner of Citizen Burger Bar, The Biltmore, The Virginian Restaurant and the co-owner of Citizen Bowl Shop. He previously owned Tavern & Grocery before selling the restaurant to Ashley Sieg Williams.

“Big changes are coming to Belle,” John said. “We will be more food focus less coffee shop. We will still have coffee and WiFi and the whole 9, but we’re going to be baking loaves in the traditional sourdough technique similar to Tartine in San Francisco and Lodge in Los Angeles. As well as dope sandwiches using those breads, pastries, sourdough doughnuts etc.” 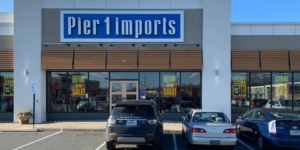 I Love CVille TRUTH BOMB NO. 3: Is Pier 1 closing in The Shops at Stonefield?? 🧐🤔 I took this pic on Sunday. Checkout the signage in the window: 40% off EVERYTHING. Yikes!!

Pier1 is closing 450 stores nationwide and is nearing bankruptcy. -> https://amp.cnn.com/cnn/2020/01/06/business/pier-1-imports-bankruptcy/index.html

Amazon is annihilating brick & mortar retail. Businesses must pivot their retail models to “experiential retail” to survive in this Wild West shopping environment. 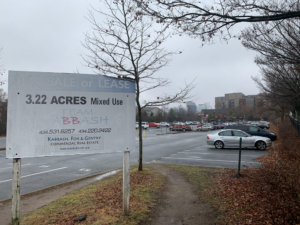 The City of Charlottesville should purchase the West Main Street Parking Lot from Cadgene and then encourage the New Hill Development Corporation to allocate its vision and efforts to these 3.22 acres in the heart of Charlottesville, Virginia.

New Hill was established in 2018 as a community initiative to drive positive momentum into the Starr Hill and Vinegar Hill neighborhoods, two historically African American communities that were destroyed by the city in the 1960s.

In November, 2019, New Hill presented a strategy to City Council for the Starr Hill neighborhood that was primarily focused on redeveloping the City Yard, a roughly 10-acre public works lot off Preston Avenue.

Instead of redeveloping the City Yard, a centrally located parcel that houses industrial equipment and city vehicles, New Hill and City Hall should redevelop Cadgene’s parking lot into an epicenter of affordable housing and into a tribute to the African American community in Charlottesville.

The West Main Street Parking Lot is currently for sale. It’s assessed at $3,152,100 and terribly underutilized, especially for a 10.27-mile city that is nearly fully developed. This parking lot can also serve as a bridge between the Fifeville and Starr Hill neighborhoods.

From my standpoint, I would rather see this lot redeveloped into dense housing that helps solve our affordable housing crisis while honoring the history of two African American neighborhoods that are fighting the negative impacts of gentrification and struggling to maintain their historical identities. Furthermore, this parking lot will eventually be purchased by an enterprising developer because of its location and potential. The potential for expensive condos or apartments is absolutely there. Let’s get ahead of this now.

(A). The West Main Street Parking Lot is literally in the heart of our city. It’s a short walk from The Charlottesville Downtown Mall, the University of Virginia, The UVa Corner, The UVa Hospital, the Starr Hill, Fifeville, Belmont and North Downtown neighborhoods. It’s close to everything in CVille.

(B). We are prioritizing the West Main corridor through the West Main Streetscape Project because our citizens and tourists deserve a much more aesthetically pleasing entry to and from The Downtown Mall and the University of Virginia. The West Main Street Parking Lot is ugly, creates a bottleneck of congestion and provides no true value except for housing cars and trucks.

(C). Imagine the possibilities of designing and developing dense housing within steps of an Amtrak Station, especially after Governor Ralph Northam and the CSX Corporation inked a $3.7 billion dollar deal in December, 2019 that will give the Commonwealth control over hundreds of miles of railroad track. Train travel is efficient, healthy for our environment and an important cog in solving our affordable housing crisis in Charlottesville, Virginia. CVille must improve and optimize regional public transportation (i.e. make it reliable, affordable and ubiquitous) to make housing affordable. Creating dense housing next door to an Amtrak station is a step in the right direction.

(D). Imagine the possibilities of micro units and dense housing on this plot (ala Oliver Kuttner’s idea for Downtown CVille, which City Council inexplicably kiboshed years ago). Some of this housing should and would be allocated to citizens who earn 30% or less of area median income (AMI).

(E). If we can transform and evolve the West Main Street Parking Lot into micro units, we will increase housing and human density along this very important corridor.

(F). With increased housing and human density in this corridor, we help alleviate the affordable housing crisis, which is the top priority in CVille today.

(G). Also, please consider the tremendous potential for entrepreneurs and small business owners on West Main, The UVa Corner and The Downtown Mall. Increased housing and human density on this property would have the following impact:

(1). More customers in the area to support the small business owners on The UVa Corner, Midtown and The Downtown Mall. With Amazon annihilating brick & mortar businesses and as online food delivery continues to cannibalize sit-down restaurants, Charlottesville’s retail and restaurant owners need support more than ever.

(3). There will be less pollution in CVille because people are walking instead of driving.

(4). There will be less vehicle accidents.

(5). Improved quality of life for citizens in CVille.

Now, I’m going to predict a couple backlash points for this idea from detractors around town.

Backlash Point No. 1: How can we possibly eliminate parking spaces in Charlottesville, Virginia, especially on West Main Street? For some in CVille, parking is as sacred as holy water is to the Pope. If the parking issue is the primary concern, then the city can build a much more efficient multi-level parking deck on a portion of the 3.22 acres.

Backlash Point No. 2: The City of Charlottesville should not be in the real estate business and should not be leveraging tax payer dollars to purchase parking lots. Now, I’m going to call bullshit on this point. For example, please consider that Charlottesville City Council unanimously approved spending $1,280,000 in December, 2019 to purchase an Albemarle County-owned portion of the parking lot at 701 East Market Street. Can you guess what is going to be built there? Yep, a parking lot.

Please let me offer some history behind the West Main Street Parking Lot.

Cadgene and the late great Gabe Silverman purchased the West Main Street Parking Lot through their Union Station Partners, LLC in 1997. The purchase includes the parking lot, Chad Ragland’s Wild Wing Cafe, the Amtrak Station building and other parcels. Allan and Gabe paid $707,838 in 1997. Currently, it is assessed at $3,152,100.

This property has a long history, including a lawsuit that pit Cadgene and Silverman against the Midtown Business Association. My friend Peter Castiglione, the co-owner of Maya Restaurant, and the MBA almost sued Cadgene and Silverman in 2010-11 for failure to maintain the parking lot. Castiglione is a leader in Midtown, and frankly, he’s a leader across Charlottesville, especially within the restaurant and lodging community. CVille is lucky to have Castiglione.

Cadgene and Silverman were not maintaining this parking lot properly. In fact, prior to 2011, the lot was not even paved, which resulted in serious issues with dust across Midtown, especially during windy and dry spring and summer days.

Eventually, through the threat of a lawsuit from the Midtown Business Association and its attorney, Edward Lowry, Castiglione was able to strong-arm Cadgene and Silverman into paving the lot. (Full Disclosure: Ed is a partner at MichieHamlett Attorneys at Law. This law firm is also my organization’s general counsel.)

Please find some important metrics about the West Main Street Parking Lot from the Charlottesville Assessor’s Office through the screenshots included within this analysis.

Now, this leads us to today.

Cadgene is a developer, a businessman and a San Francisco attorney. While he’s certainly very, very aggressive and focused on his balance sheet, he is also willing to sell and develop properties. In fact, Cadgene and Silverman made Midtown as we know it today. Prior to Cadgene and Silverman, Midtown was super sketchy. Today, it’s a popular corridor of restaurants, boutiques and positive energy.

In closing, we must consider any and all ideas to improve the affordable housing crisis in Charlottesville, a 10.27-mile city that is landlocked and essentially fully developed. Converting parking lots to dense housing is a very good start. As a result, the City of Charlottesville should purchase this parking lot, give New Hill Development Corporation the resources to create a vision for the 3.22 acres and then work in concert with the Starr Hill and Fifeville neighborhood associations to design and develop dense affordable housing and a tribute to the African American community in Charlottesville, Virginia.

I’m respectfully asking our five City Councilors and City Manager Dr. Tarron Richardson to pursue this idea for the betterment of our Charlottesville, Virginia community.

Please let me know your thoughts. Please “share” this analysis if you think it has merit or could help our community.

BACKSTORY: I recently published a thread on my Twitter account (Twitter.com/JerryMillerNow) about this parking lot that sparked discussion. I originate most of my ideas on Twitter, so if you’re into breaking news & brainstorming possibilities, I encourage you to follow me in the Twittersphere.